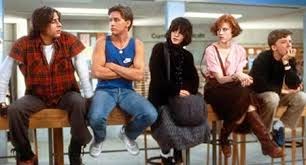 First off, these are my opinions based on my own observations and I’m in no way making suggestions for how readers should review books. For the record, I believe a book review should focus on the readers opinion of the novel no matter what. But sometimes a little insightful, open-minded thinking can broaden our opinions.

Something I’ve noticed lately in reviews of many current YA novels (yes, I scour reviews when I’m deciding on what to read next) are comments like: this story line is so cliche, the characters are acting stupid and immature, I know it’s YA but it feels too teen, character was so rude to his/her mother/parents, he/she did

[INSERT BAD ACTIVITY] when he/she knew they weren’t supposed to, the main character was selfish, MC was self-destructive, handling of the love interest was awkward, plot was predictable, ect…

There was a period of time when YA authors had to defend their genre, when writing YA novels was viewed as a lesser talent than writing adult novels. Even in the beginning of my publication career I was asked many times, well do you think you’ll ever write books for adults? As if that determined my credibility as an author.

During that same period of time, adults who loved YA–assuming they didn’t have a good excuse like being a high school teacher or teen librarian–had to sneak around the teen section in the book store or library and hide their selections.

To quote the amazing YA author, David Levithan, “I write books about teens, not necessarily for teens.”

Luckily with authors like David Levithan, we have moved past both of these inward ways of thinking and viewing teen literature. But I’m beginning to wonder if this milestone came with a tiny price. When 34 year old adults, like myself, read and review YA literature we are straining the book through a completely different filter than say, a 15 year old girl. For the most part, this doesn’t really appear to pose a problem. Except when you’re one of those YA authors who reads reviews, who takes feedback seriously, and who at times says, “huh. Maybe my hero is being mean to his mom. Maybe he is being a jerk to his girlfriend?” and then before you know it, all your teenage characters are in business suits and ties, speaking in very grammatically correct sentences, treating the girl they’re into like a beloved marital prospect.

Oh, and don’t even get me started on the large percentage of YA characters who are obsessed with reading classic literature in their spare time. How much of the world’s teenage population can be Rory Gilmores? 5% maybe less? Definitely not the 40-60% I’ve calculated from recent YA reads.

As someone who learned about puberty and first periods from Are You There God, It’s Me, Margaret (and the sex lessons of course came from the library’s worn out copy of Forever), I don’t always create these types of stories and true-to-life teen characters for my readers, but when I run across them in another author’s book, I get it. I appreciate that they exist and that they accurately display the sometimes selfish, often stupid, almost always awkward teen years. Adults reading YA will often accept a watered down version of teen angst or if it’s justified in a big way like, if X character has a tragic childhood then they can be a little bit selfish.

Me, on the other hand, I love the subtle YA plot that doesn’t revolve about this one great big “thing” to explain off all normal teen behavior. I don’t need that in every book, but I feel a strong connection to a book like this. So when I publish a book with an 18 year old genius doctor who learns to be normal and finds a forever and ever love and it’s put up on a pedestal, and another novel that has that raw trueness found in many 18 year olds is given some of the comments I mentioned earlier, it bugs me. Maybe it shouldn’t, but it does. Because I know, in my heart, that one of the most authentic, true-to-life teen characters that I created was Jackson’s character in Tempest. He was criticized enough that my male leads since then have all been significantly different. Significantly “better” is more truthful.

Truth is, real teens are selfish, self-centered, dramatic, idealistic, self-conscious, insecure…I could go on forever. When you finish a YA novel and think to yourself things like: why didn’t they just tell their parents the truth! Why couldn’t they go to the police! Why did they refuse to apologize! Hmmm…could any of these questions be justified with the answer: because they’re teenagers? Yes, I believe they could (if you don’t believe me, check out the Serial Podcast)

I know you can say whatever you want about a novel, but all I ask is that you think about your perspective, your personal filter, and whether or not the feedback you provide, the wording you choose, could potentially take away a teen’s opportunity to see themselves in a book. Or their older teen sister, or their bff, or boyfriend, or the bully they’re attempting to escape from…

I can promise you that YA authors will continue to write exceptional, unusual, out-of-the-ordinary characters and plots. These books will never vanish, I swear to you. So please don’t contribute to or support the extinction of real teens being present in YA lit. And that’s why I titled this post, the truth about YA lit because I want the truth about teens to remain in the genre forever. And if I’m being completely honest, I want you to want that too.

Okay, now it’s time for you tell me what you think…agree or disagree? Thoughts?

UPDATE: At a reader’s request, I did create a list on Goodreads of YA books with what I consider to be great representations of true-life-teens, it’s not all of the books out there under this umbrella but it’s some of my favorites. Please make suggestions for more additions if you have any MY LIST