AND YES, with every P10 Talks post (one per month) there will be a contest and giveaway! This month, it’s a signed hardcover of Tempest and Vortex ARC (one winner, two books). Read through the post and enter the contest at the bottom if you’d like. Open to International ENDS  OCTOBER 20, 2012

Today, the Perfect 10, my awesome teen panel and guest panelists, are talking about a topic that I’ve been thinking about lately and wondering if I’ve done enough or too little regarding this subject. The subject is Diversity in Young Adult literature. How the P10 Talks post works is, I ask the same questions to each teen and they can answer as many or as few as they’d like and I don’t insert my own opinions. I don’t tell you what I think because I’m the writer and what I need to do is listen. Listen to what my readers and my target audience are looking for in a YA novel and ask myself whether I’m the right author to provide that for them.

The first question I asked them was:

A lot of people say YA literature has gotten a bit “white-washed” and often lacks racial diversity (or at least the huge bestsellers lack diversity), have you noticed this at all? Is it something that has been on your radar? Are you tired of the only diversity being between popular vs not popular characters? Or rich vs poor characters?

“First off, I feel I should say I don’t really like paying super close attention to specific descriptions of characters so I can paint my own picture in my head of characters. For me, the story is what matters most and that there are characters I like and I can relate to so those two elements surpass other things for what I zero in on. That being said, I have noticed that in there is a lack of racial diversity in some YA.“ (Erica, 19, US resident)

“From my point of view I think it is true that Ya literature has become slightly white washed and it does occasionally lack racial diversity and I have noticed this mainly when, I do come across a book that’s actually has some sort of diversity in it and wonder why these types of books are so rare to come across and I guess in a way that what makes those books special to read.“ (Holly, 17, Liverpool, UK)

“I think people tend to over-dramatize stereotypes when reading, such as a poor neighborhood containing only a certain ethnic group. Cities are segregated, that’s life, and realism in books is something I love.“ (Kristina, 16, Buffalo, NY)

“I’ve noticed it and, truth be told, I am a little tired of having to read about Caucasian characters mostly all the time because I’m Hispanic and some of things regular American people (most of the Caucasian characters I read about are in the USA) do is stuff I don’t ever do or have done. So I sometimes get that moment of lost connection.” (Monica, 14, New Jersey) 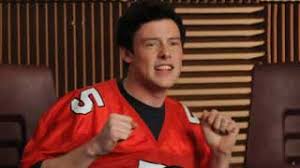 “There is a man who’s come into my life recently. And that man is Jesus Christ.”–GLEE

The second question I asked was:

Why do think authors/publisher’s sometimes shy away from writing more diversity in their novels or displaying non-white characters on covers?

“I think sometimes in the case of writing it may be a write what you know kind of deal. Depending on where you are from, you may not have a very diverse population. This is definitely the case with the town I grew up in.” (Erica, 19, US resident)

“I believe that author’s can’t force diversity in their novels; if they see a character a certain way, why change it just to appease picky readers? It’s their story, their world, their decisions, and most importantly, their characters. They can do what they want.” (Kristina, 16, Buffalo, NY)

“I have no idea(!) and it’s weird because sometimes the racial features aren’t there. For example EONA by Alison Goodman (US version) has an Asian characters and I see a Caucasian person on the front so it’s kind of startling to see that.” (Monica, 14, New Jersey)

“I think that people aren’t using diversity in this sense because they are maybe afraid of offending someone. Today everyone is all about being politically correct that the only thing we feel that we can say is with non-descriptive words like ‘they’ instead of ‘he or she’. People have become so hypersensitive about what they say and what is said that when simply stating a fact like “He is black.” May be interpreted as a slur instead a fact. Of course the tone of what is said has everything to do with the meaning and intention, but I think people need to be able to separate insult from fact.” (Zoe, 19, Reno, NV) 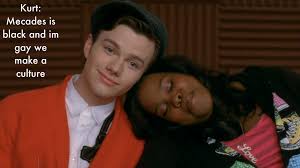 Have you read a YA novel with some kind of element of diversity where you thought the author hadn’t written the character authentically or just that it bugged you for some reason?

“To be completely honest I have never read a YA novel with some kind of element of diversity where the author hadn’t written any character authentically, yet there have been times where I have read a novel where some details weren’t all completely true to something to which they were referencing.” (Holly, 17, Liverpool, UK)

“YES! A book called Farsighted, I forgot the author’s name, I apologize, but the novel had a character who was of Indian descent. At every opportunity, the author seemed to point that out… like she earned some type of prize for having an Indian girl in her novel. Just saying, that was VERY annoying.” (Kristina, 16, Buffalo, NY) 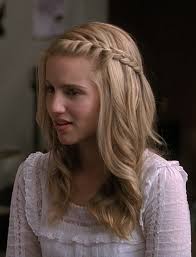 “Sometimes people have to deal with a little adversity. I learned that at glee club.”–GLEE

“I would love more of any sort of diversity, as long as it is done well and feels very natural, not forced at all.” (Erica, 19, US Resident)

“The kind of diversity that i would like to see more of in YA literature would be seeing characters with mental disabilities and how they perceive the world and what goes on in it.” (Holly, 16, Liverpool, UK)

“Personally, I tend to read books in my comfort zone, which may or may not be a bad thing. Books about atheists or devil worship I never read, strictly because I’m a deep Christian and feel guilty even picking up a book that so blatantly disrespects the God I’ve loved and trusted for 16 years. I think author’s shouldn’t be so afraid to write about religious beliefs and faith in their romance novels, and I wonder why the topic is so taboo.” (Kristina, 16, Buffalo, NY)

“I would like to see more exploring of exploring sexual identity because you know what? I have girl crushes form time to time and I have no shame in saying that a girl is beautiful or that they’re cute and I’m not a lesbian…well, at least, not yet or I don’t know. I’ve never liked liked a girl but ANYWAY. I would like to know of other people like this or of people going through finding our their sexuality. Degrassi is not cutting it anymore.” (Monica, 14, New Jersey) 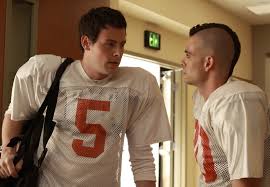 “Chicks don’t have prostates. I looked it up.”–GLEE

“The one that pops into my head first is definitely Witch Eyes by Scott Tracey. I also thought the Boy Meets Girl anthology that came out earlier this year was very diverse and represented a lot of different ideals of diversity. Daughter of Xanadu by Dori Jones Yang was an excellent book that was very diverse – it was a historical set in ancient China, a culture that is rarely represented in books and it was so fascinating!” (Erica, 19, Us resident)

“The novel Divergent by Veronica Roth handled diversity subtly but very well. There were characters of all ethnicity, but it was written so well that it wasn’t obvious that she had specifically made those characters to add some diversity. It was real, it was natural, and it was fantastic.” (Kristina, 16, Buffalo, NY)

“Simone Elkeles wrote a trilogy that has really good racial diversity; they are called Perfect Chemistry, Rules of Attraction, and Chain Reaction. The third has the best use of diversity and strays away from the more typical views of racial diversity. The Life of Pi is also a really spectacular book that involves a religious diversity as well as many other original plot lines. This is based on a true story and I had to read it for school; when I first read it I couldn’t decide if I liked it or not but once I finished it I loved how different it was.” (Zoe, 19, Reno, NV)

Special thanks to Ashelynn, Erica, Zoe, Holly, Kristina, and Monica, I LOVED hearing your thoughts and views on this topic. You guys are truly amazing young people!

AND Now For The Contest info!

Fill out this form (and comment on the post) and you’re entered to win a signed hardcover of TEMPEST and an ARC of VORTEX. Open Internationally and ends Oct. 20, 2012.