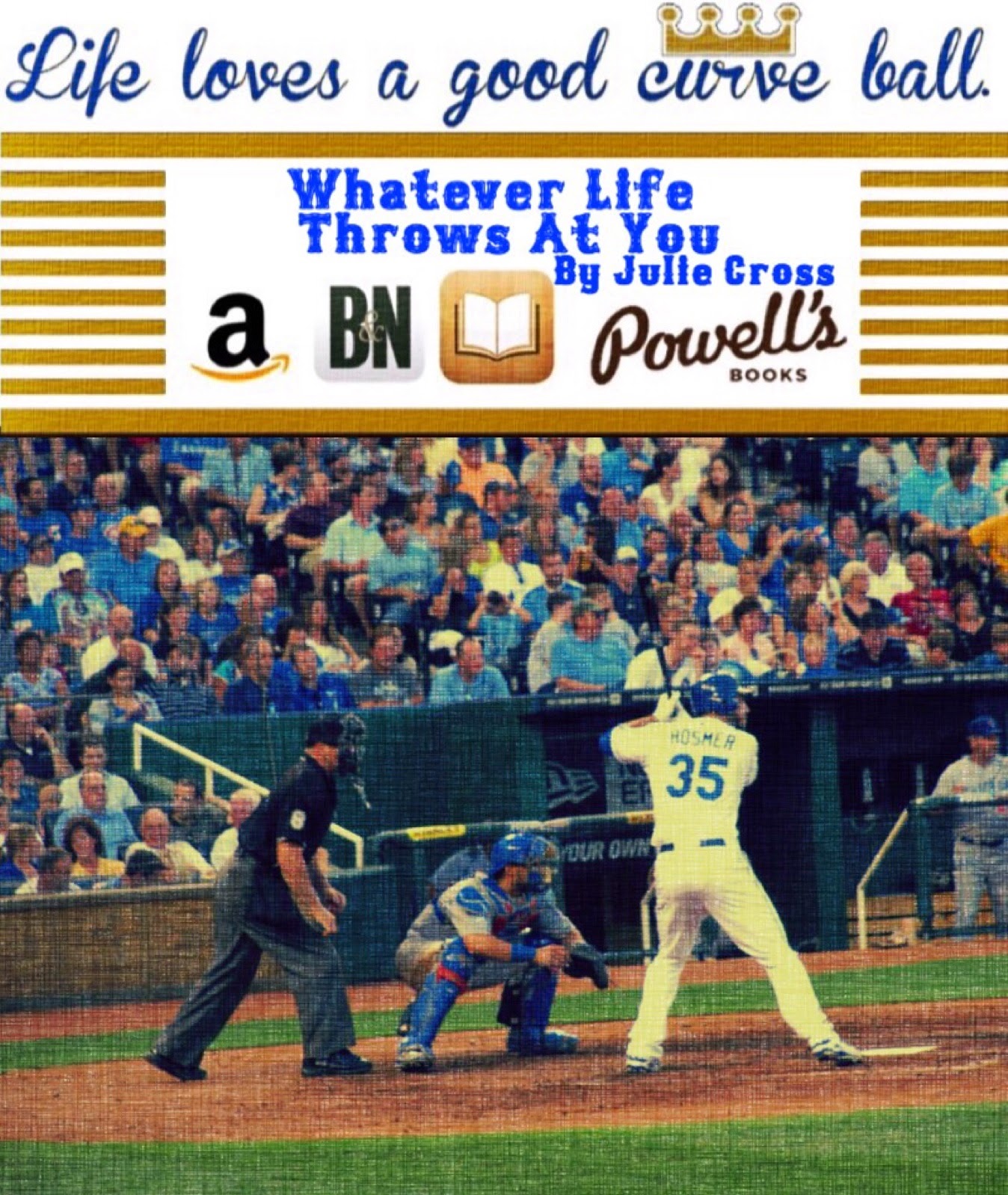 Since release day for my newest YA contemporary, Whatever Life Throws at You, the team featured in the novel, the Kansas City Royals, have managed to win the American League Division Championships in a 4 game sweep. They made it to the World Series, lost game 1, crushed the Giants in game 2.

And holy cow…I mean they could win it all! Who knew? I sure as heck didn’t. But yet, I kind of did. Because *spoiler alert* they might win just a little bit of games in the book. Maybe.

I know I blogged about this on release but that was when they were simply awesome, now they’re 1000 times more awesome and everything has changed. The universe has shifted. But way back in the Spring of 2013, when I finished WLTAY, I began feeling these weird connection to the Royals. But it was silly and obviously a fantasy world I’d created in my head.

Now art is imitating life and I can’t be more excited.

And I’m not the only one excited. Entangled Teen is loving these Royals’ wins and has even put the e-book on sale to celebrate.

So, have you’ve been watching the games? Have you read the book? Tell me what you think?

And in the meantime, GO ROYALS!!!