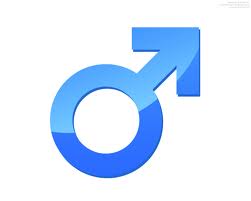 Today, I’m introducing a new segment for my blog that will give all of us a little insight into the mind of a teenage boy. I know as a YA author, we’re told most of our books are bought by girls. Sometimes we just want to figure out why that is and what kind of book we can write to get the female and MALE population interested. Or maybe, like me, you have a preteen/teen boy in your life and have no idea what to get him…here’s your answer:
What the Guys are Reading with Jackson: Gifting for a guy
(Written by a guy)
Hello everyone, my name is Jackson and this is my first post of many, I hope. This post is about what guys are reading and what to get them. I know this can be frustrating, especially during Valentines day. You want to get that guy friend, who is actually more than a guy friend (I won’t tell), something meaningful. Boxes of chocolates won’t work, too cliché. What about a book? It will show them you listen to them, but aren’t a stalker because you happen to know their shirt size.
But, it’s an obvious fact that 99.9% of guys are pretty much illiterate, right? Well, I’m here to tell you that this is not completely true.   I go to a “nerd school” so I haven’t been around the average teenage scene in awhile… That was really awkward even to write, but moving on. Guys are a little twisted, “Nerd School” or not. We only like books/TV/video games if they include blood, action, violence, boobs, or food.
In my opinion, the only place to find a story like this is in Stephen King novels. So, I will tell you a little secret, get them a fun book and they will cherish it more than I love my iPod. I personally suggest The Zombie Survival Guide by Max Brooks. All guys love zombies and this book is the best. If you’re not sure what they like to read (or if they read at all) this is a great book. You can open it up at any section and read. I’m a big reader and most guys are reading Stephen King novels and zombie books. If you know your friend has a little bit more of a reading habit, I suggest Cell by Stephen King. It’s zombies, Stephen King, and it isn’t 1 billion pages. The one thing guys read more than anything else are commercial books. Hunger Games was amazing. I loved Tempest, by Julie Cross.
The guy you’re shopping for might not be willing (yet) to accept that books aren’t a nerd thing, so you have no clue what to get them. Or, let’s say you have to get something for a guy even though the only thing you know is their name. Get them Watchmen. I know it’s a graphic novel, not a book, but it’s gotta be one of the best stories in history.
To give you a little insight into the 14-year-old-guy-reading-brain, I have finally gotten to that stage where I willingly read really old books. I have recently become addicted to John Carter, Lord of The Rings, H.P. Lovecraft. Never be afraid to get a guy an old book. People get too caught up in the fact that a book was made before they were born. The books are a classic for a reason.
I hope that I was a good lab rat for your questions. Put ones that I didn’t answer in the comments below. Hope to be talking to all of you soon!
Jackson
Thanks so much, Jackson, for the awesome insight into the male mind! In addition to Jackson’s awesome guest post, I asked Adam Leonard, author of a YA novel titled Rift Riders. And a newly inducted member of teamTEENauthor who also happens to be a guy, what he liked to read as a teen.

“My first love of novels began in Middle School when I discovered Agatha Christie, that old broad could really write a good story that kept you guessing! I read every book of hers I could get my hands on, and our school library had dozens of her books. Then I began to read the teen classics; my favorites were: The Hobbit series, A Wrinkle in Time, The Lion, the Witch, and the Wardrobe series, Where the Red Fern Grows, The Lord of the Flies, The Call of the Wild, My Side of the Mountain, and Watership Down.”

“By the time I got to high school I was totally into Stephen King, couldn’t get enough of that guy and still can’t. I love his unforgiving sarcasm and scathing cynicism. His novels are all so different and high concept- I think he is the best modern story teller hands down; he can  pull you into his stories like no other. Dean Koontz is another guy whose work I absolutely loved to read back in high school.”

Jackson actually had the opportunity to read Rift Riders and review it for us. You can read that here along with Adam’s info.AND Adam was kind enough to provide me with TWO signed copies of his young adult book to giveaway (one for this post and the other for April 19, the next edition of What The Guys Are Reading).

To be entered into the drawing to win a signed copy of Rift Riders all you have to do is comment in this post and tell us your favorite boy-type book (even if you’re not a guy). Mine is hands down the Harry Potter series which of course is not just for boys nor is it just for kids, but I think the original plan for it was to be marketed to boys hence the J.K label for the authors name rather than her very female first name.
You can comment all the way until Saturday, April 7 at Midnight (CDT). I’ll draw a name and announce the winner on Sunday morning.
Julie2018-02-19T13:58:26+00:00