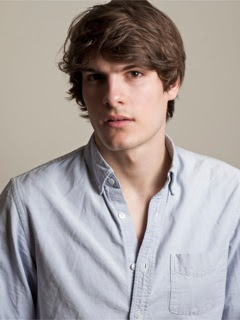 I’m very excited to introduce a brand new regular guest post segment from someone who played a crucial role in getting Tempest all the early buzz and fantastic fan base we’ve accrued in the last several months. You know him as the guy sky diving on the Tempest cover, portraying main character, Jackson Meyer. In my head, I even call him Model Jackson.

Since becoming facebook/Twitter buddies (I had find him online to thank him for jumping out of that airplane for the Tempest cover photo shoot, right?) I’ve discovered a few things about Model Jackson, the first being the most important: His real name is Mark.

And after that initial introduction, AND because Mark lives and works in New York City (Like Jackson!) I found myself asking him questions, and then more questions…about NYC, which I can never seem to get enough information on since it’s the setting for Tempest, and about modeling because hello…modeling, celebrity gossip, Hollywood…it’s very important for authors to be educated on these subjects.

Okay, maybe not, but don’t we all suffer from this guilty pleasure? If I told you Robert Pattinson was photographed buying hemorrhoid cream at a convenience store near Time Square would you not immediately do a google image search for this picture? Even just to be the first say, it’s not true.

Anyway, Mark was nice enough to answer my questions and then I just had to take it a step further and ask him if I could post his responses as a guest post on my blog. And he said yes! How cool is that. And today isn’t going to be a one-hit-wonder. There will be more secrets revealed from our very own Tempest cover model! Possibly as soon as next week.

In addition to being on the cover of Tempest, Mark is also:

What’s the worst weather you’ve ever had to shoot in?

I did an editorial down in Pennsylvania. So I had to be up at 4:30 AM to get to this job on-time. When I got there everyone was loading up one of the RV’s with all the Photo Equipment, the props, and the food and drink. They loaded the other RV with the models and the hair and makeup people. Two hours into the trip, the RV breaks down. So, we have to take the other RV with all the equipment. The problem is this RV doesn’t have A/C. We spent the next two hours sweating it out in 95 degree weather.
When we get to the location, to our great disappointment, it’s a farm and there isn’t much shade so we all go into the barn to get out of the sun. The only saving grace was that we had a fan, that fan really saved the day.

When we finally started shooting, we soon realized that all the clothes were winter clothes. Coats and wool hats and such! Let me remind you that it was 95 degrees out and we had nowhere to retreat to except the barn (which was also a sweatbox). So we spent the whole day rolling around pretending to be happy and joyous when really we were sweaty and miserable. By the end of the day no one wanted to talk they just wanted to get home and shower and never see a farm in Pennsylvania again for the rest of forever. (Side note: after this experience I have a newfound respect for farmers in the summer time! And I haven’t been back to Pennsylvania).

I’m not sure I would survive this job. It’s one thing to deal with 95 degrees with normal summer clothes on, but with Winter attire AND having to look good and keep your hair and make-up camera ready. It would be a big epic fail for me.

What do you guys think? And feel free to add your own questions for Mark in the comment section.

And thanks so much, Mark for being a part of my blog and giving boring mid-westerners like myself a glimpse into the exciting world of modeling and people who live in New York.