If you’ve missed the past two “episodes” of UN-COVERED you can check out the first one here and the second one here.

Earlier this week, I realized that I still didn’t have a sense of what models do…for Mark its a full time job so how does that work exactly? It’s not like you just get up in the morning and head to the office, right?

How do you know where to go and what to do and of course, what to wear…because omg if you’re a model you always have to look good, right? And what if you show up to a photo shoot in a rival designer’s clothes, do they kick you out? And is photo shoot one word or two?

Lucky for me, Mark is patient and nice enough to explain all these basic details to me so I’ll know what to do just in case New York City is looking for 32 year old authors with short legs, stretch marks and a fear of cameras. You never know. As Adam Silverman says in Tempest, always be prepared for anything and everything.

What is a typical weekly schedule like for you?


MARK: I would say a typical week for me is very hard to pin down. Modeling tends to be really unpredictable. And I think this is the biggest complaint I hear from models that it’s really difficult to plan anything in your life because things happen so quickly. You will have some weeks where you have a job for a full week every day working. Then there are other weeks where you have one or two jobs a week and castings for the rest. And jobs range in terms of how long they go to what they are for. Some jobs are a few hours others are 12 hours or more. It all really depends on what’s going in the market. Around fashion week you could have up to 10 castings in a day. **Side note–castings are the modeling equivalent of an audition. Sort of like an interview for a job but it’s all small talk.

Wait…did you say fashion week? As in runways and all that? I know ALL about fashion week from my hours of research watching Ugly Betty and The Devil Wears Prada.

Since I didn’t have a real, non-fiction source of what fashion week and runway modeling is like, I decided to seek out knowledge via youtube and I found this video from a spring/summer 2012 show…it’s the Gucci Men’s line which is pretty cool because I’ve actually heard of that label and I even walked by the store during my visit to NYC last summer. I didn’t actually go inside because…you know….it’s Gucci and that’s intimidating. Anyway, this video is kinda long but you only have to watch a minute of it to get a good mental picture.

Alright, time to get off the runway and back to the camera…


What is the schedule for a typical photo shoot (photoshoot?)? What kind of prep do you have to do beforehand?

MARK:  As I said before, jobs really vary, too. But I would say a majority start at 9 and go until 5 or 6 just like a regular job. But some are really early so that the shots can start as the sun rises. Most of the time they have the models arrive an hour or two before they actually want to shoot so that they can do hair and makeup. This time is mostly allotted to the girl models as hair and makeup for them often takes more time. I usually bring a book to pass the time.The crew arrives around then as well so they can set up the shoots, scout the locations and get everything ready for the day. Most models show up to jobs in what they would wear everyday, something fashion forward but not over the top. You’re going to be changing a lot so something that took a lot of effort to get in and out of is probably not the best idea. 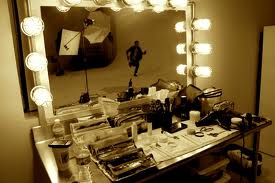 Shoots are usually organized ciaos so there is a lot of time where you have to hurry-up-and wait.  But once the models are in their first looks and ready with hair and makeup they’re ready to work and its lights camera action…Was that cliché? I don’t know maybe that’s the only time you can really use it.

I think lights camera action is very appropriate for this post. And guys waiting on girls to get ready…sounds like something I’ve heard before…


Okay so who’s, like, the boss? Who tells you what to do?

Maybe on the Tempest #3 cover shoot I can be named Creative Director, then I can tell Mark what to do…Can you make a face like you’re about to time-travel? Okay, you’ve just time-traveled fifty years in the past, give me that look. You’re seeing a duplicate version of yourself right at this very moment…make that face.

Do you ever get to keep the clothes?

MARK: Mostly the clothes are off limits…but I’ve gotten clothes before…I did a job for a suit company and got a suit which was cool…gotten some jackets and random stuff along the way but mostly a resounding no on that issue to our detriment…

That’s too bad. I wonder if the suit thing was because it was tailored to fit? I think suits are like that…maybe? I’ve never worn one myself, so I’m not sure.

Anyway, I think we need to get back to Fashion Week and runways…and when I asked these questions, I actually hadn’t realized that guys do the runway thing. Shows how much I don’t know. 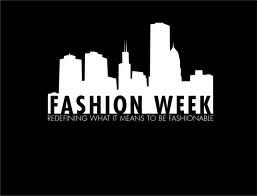 What happens during Fashion Week? Do they have guys on the runway?

MARK:  There are 10 castings a day the week before, and yes same for dudes they walk the runway just like the girls!

Have you done the runway thing? that’s all fashion week is, right? In Ugly Betty they always had really weird clothes during fashion week. Like dresses made of glass and needles. Is it like that? 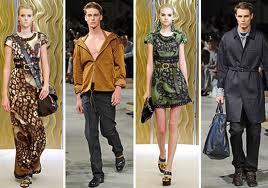 MARK:  I did a little runway but never the crazy runway I’ve always done the realistic type lol…but there is definitely male crazy runway for sure…

I don’t know about you guys, but I thoroughly enjoyed this educational opportunity.

And I have to ask…am I the only one who’s mental picture of the modeling world/lifestyle is completely fueled by fictional shows and movies? And if not…what are you guys watching and is it available on NetFlix?