Hey guys its Thursday again! J Were going to talk about the biggest dance of the year, can you guess what it is? Here are some hints: guys rent tuxes, buy corsages, and ask their girlfriends in fancy ways. Girls buy dresses, get their hair done, buy botinaries, and generally just try to look gorgeous. If you hadn’t already guessed I’m talking about Prom. Prom is a huge event that takes so much planning! From getting asked, picking out what you’re going to wear, dinner, a ride, and to actually planning the prom! Here’s how it all works: 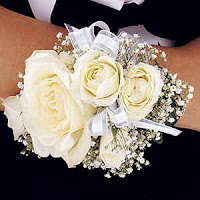 
Prom for my school was last weekend. I’m only a freshman so I couldn’t go but some of my friends went and they loved it. I’m pretty sure most school’s have it that only upperclassmen go to prom unless a sophomore or freshman gets asked but just in case your school lets underclassmen go to prom that’s how it works at my school.


Generally at my school the guys ask the girls in over the top ways that are not that original. I swear half the pictures on Facebook are the girls and the guy standing in front of her house with “prom?” spelled out on the front of her house or garage. But some of my friends were asked in fairly original ways. The theme was titanic, I know totally weird, but my friend was asked by her boyfriend giving her fish and in it there was a laminated note that said in cursive,“ Out of all the fish in the sea I pick you. Prom?”  Adorable right? He put a lot of thought into that! (Not that spelling out prom out isn’t thoughtful too.) One of my other friends asked this girl he liked by setting up a huge scavenger hunt leading all over town. In the end it lead to the middle school with a huge box in the middle. When she opened it a ton of balloons flew out and in the bottom was a note that said “Bathroom break be back in 5. By the way look up.” And when she turned around he was on the roof of the middle school holding a huge sign that said “prom?”. I love that! It literally made every guy in my school look bad. Not that the original ways are better than the classics in any way. Some of my friends were asked with flowers or with candles, which is just as romantic.
After getting asked or heck even before getting asked girls are planning what they are going to wear. Some go for the princess dresses or slinky cut outs, others go for animal prints and pops of color, or some go for cute frocks and one shoulder dresses. Some are disasters and make you wonder why they ever thought that was attractive but the point is that there is a never-ending selection of prom dresses. Most people actually buy their dress a couple weeks before prom. That’s what one of my friends did anyway when she invited me to go with her I had no idea what I was getting into. We went to Dillard’s, Macy’s, Nordstrom’s, and David’s Bridal’s. It sounds small but trust me it took at least three hours. It was dress after dress after dress after dress but in the end it was worth it to see how happy and pretty she looked when she found her favorite one. I was so tired after that trip though I had a massive headache from all the different colors and prints and shapes of the dresses. I feel bad for the girls who have to go multiple times!

*Shudder*
Dinner is generally a thing the guys plan. People usually go out in groups with their friends to restaurants or to someone’s house. My friends both went to a dinner planned by one of their boyfriend’s parents. I personally think it’s easier to go to someone’s house because then the guys don’t have to pay for dinner and it’s easier for pictures.
Getting a ride sounds more complicated than it is. If you’re in a big group then you decide if you want to get a limo or drive separately. If you chose a limo then decide which one you want, call a limo renter to see how much they are, and then everyone chips in to pay. Or so I thought. Apparently at my school if you want the school will help you rent a bus. Very odd indeed but it makes everything much easier I guess since all you have to do is pay and the school takes care of the rest. All of my friends went by bus, not the most romantic but hey times are tuff!

Which do you prefer? 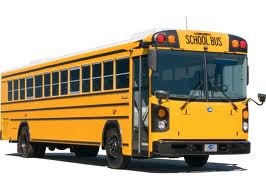 Planning prom takes a really long time and is really, really expensive. I’m a freshman and my grade has already started fundraising for our junior prom! I say junior plan because unlike at most schools it’s the juniors who pay for prom. I think its because the seniors have so much stuff they already have to do that they can’t plan prom too or something I don’t know it kind of makes sense but it still really weird. This year prom was at some country club fifteen miles away. It has a bowling alley, a casino, outdoor space, and a dance floor. I think they were trying to minimize grinding by having all these distractions. Apparently it worked because my friends (who do not grind thankfully) were barely on the dance floor which was really awkward for them when they were because not only are they freshman but also they were probably the only people not grinding there. I was really proud of my friends when they said they didn’t.
Prom is a really special event that I hope we always will have. My French teacher said growing up in France they never had a prom! I’m happy I didn’t go to prom this year though. My social studies teacher said that she went all four years and by the time she was a junior it wasn’t that special for her anymore. When I was helping my two best friends get ready they were so nervous and acting like promzillas! Yelling and freaking out, looking back it was a pretty hilarious memory that I will always have.
Thanks for reading! What’s your prom like? Comment below! If you guys were wondering I post ever other Thursday so I’ll see you two Thursdays from now!
[/fusion_builder_column][/fusion_builder_row][/fusion_builder_container]
Julie2018-02-19T13:58:23+00:00