Hey guys its me Hannah! ( you probably guessed that) Julie’s letting me start a weekly post on her blog starting today :). Basically how it works is I’m going to pick a topic, like today it’s lent, and I’m going to give my view on it then you guys comment or do what ever you want.

Surviving Lent
By a teenager
Hey guys it’s that time of year again when the Easter bunny comes out and the chocolate reese’s egg commercials from last year start playing again.

For the people out there that don’t celebrate Easter, you probably don’t care. But for your friends and other people that do celebrate, those cheesy commercials just make it harder.
I’m talking about lent.
In ancient times Jesus fasted for 40 days and nights while the devil tried to tempt him. Anyway, enough of that 4 million year old story, what it means today for us is usually giving up something. 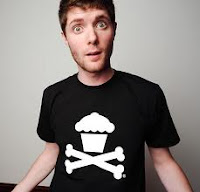 I’ve never really committed to doing this before, but for some reason, this year, I decided to give it a whirl. My friend dared me to give up two things that I hold very dear to me: cupcakes and potato chips.

Most of you don’t know me in the slightest, so you have no idea how attached I am to those particular foods, but trust me, it hasn’t been fun. Here’s how I’ve survived so far:

Week 1: Sadly I did not get to eat cupcakes on Mardi gras :(. Holding up well so far. Thursday was horrible. My friend brought in cupcakes for my English class. but I stayed strong! Not sure what I’m supposed to eat after school now that I can’t have potato chips. Trying to switch over to Doritos, but it’s not the same…

Tip #1: If your smart and choose what your giving up before Mardi Gras (cough cough not me…) talk to your parents and try to get them to stop buying what your giving up just until Easter. I have a Lays-obsessed little sister, so this didn’t work for me. Now I’m stuck starring at them for the next month.

Week 2: It’s becoming harder to avoid places with cupcakes. My schools literary magazine (Papyrus) decided they wanted to bring confetti cupcakes to our next meeting. I have no idea how I’m getting out of that one. What makes it worse is that same day my mom made cupcakes Right.In.Front.Of.Me. I was sooooo tempted! Luckily, I have a friend who gave up ALL sweets she helped me resist and now I feel stronger!
Tip #2: If you have friends that also gave up stuff, when you’re feeling weak just send them a text and they’ll try to help you. I made the mistake on friday of eating Oreos in front of the friend that gave up all sweets. Lets just say she was pretty annoyed with me for the rest of the day.
Tip #3: This may seem like common since but if people gave something up and you do/eat that thing in front of them don’t be surprised if they get mad at you.
Tip #4: Avoid bakery’s at all cost if you gave up anything sweet. It’s so painful being that close to cupcakes I can’t have, plus it’s a little humiliating to rip yourself off the display case. I guess I should have realized that my friends mostly hangout at a bakery before deciding what to give up… but it’s not like this is supposed to be easy, right? It was supposed to be easy I would have given up home work.
Thanks for reading and see you next thursday! please comment your opinions and own trials of lent (wether you celebrate it or not it really doesn’t matter)! 🙂
Julie2018-02-19T13:58:28+00:00