Skip to content
Home/My Life/TeamTEENAuthor Review: Blind Spot by Laura Ellen
Previous Next
It is time for another TeamTEENAuthor feature! 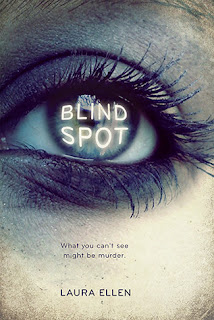 Here’s a little bit about Blind Spot by Laura Ellen:

There’s none so blind as they that won’t see.Seventeen-year-old Tricia Farni’s body floated to the surface of Alaska’s Birch River six months after the night she disappeared. The night Roz Hart had a fight with her. The night Roz can’t remember. Roz, who struggles with macular degeneration, is used to assembling fragments to make sense of the world around her. But this time it’s her memory that needs piecing together—to clear her name . . . to find a murderer.This unflinchingly emotional novel is written in the powerful first-person voice of a legally blind teen who just wants to be like everyone else.

Here is what Perfect 10 member Monica had to say about Blind Spot,

It was amazing. Right off the back I can say this novel was simply amazing. The characters had so much depth and the whole mystery to try to find who murdered Tricia was completely gripping but this wasn’t what I expected. I expected the novel to be centered around the murder mystery as opposed to Roz’s life. I get it, she’s the main character but it would of been nice to follow the case some more. Roz, herself, is a very in-depth character. Her life has always been around assumptions that she’s rude or something because on her legally blind issue. All I know is that Roz handled herself well and broke in others. She’s awesome. Although, this novel isn’t exactly my favorite…it’s thrilling and there are some ups and downs I don’t think you’ll want to miss.

About the Author: Blind Spot is Laura Ellen’s first book.She is also a regular contributor on the Sleuths, Spies, and Alibis blog where she and six other MG and YA mystery writers talk about writing mysteries for kids. Visit her on the web at her website, Goodreads, or Twitter.