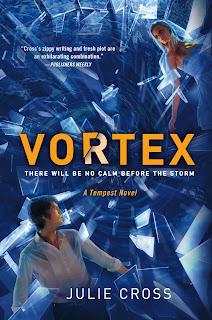 This scene was originally published here

An exclusive deleted scene from Tempest that was removed but referenced in the 2nd to last chapter. A few readers have asked me about the “picture of Jackson and Holly on the beach” that Jackson looks at just before calling Holly and saying his final goodbye to her.

In Tempest, it has Jackson, his dad and Holly deciding to go on the boat the following day and then it jumps to noon the next day and they’re getting on the boat. But before that the couple spent some time on the beach talking . . .

“Hey…” I touched Holly’s cheek after rolling over on my stomach in the sand. “What are you thinking about?”
Her face held all the signs of some deep thinking though she was trying to give off the appearances of someone relaxing on the beach. “Nothing. Why?”
“You just look…pensive.”
She gave me half a smile. “I have some questions.”
I glanced around at the near empty slab of beach we were currently occupying. I doubted anyone would hear us, but I still didn’t want to take any chances. “Maybe it could wait until we’re on the boat…?”
“It’s not those kind of questions,” she said quickly.
Okay, so not the CIA stuff. Something else. “I’ll give you twenty questions. How about that?”
“Perfect.” We propped ourselves up on one elbow so our bodies were nearly pressed together. “Promise you’ll answer honestly? I’m so done with being told what I want to hear rather than the truth.”
My heart was already racing. “I’ll be honest or I won’t answer, deal?”
She nodded and glanced down at her hands. “Did you plan it? Our first date? Kissing me…any of that?”
Honest. Be honest. “No. None of it. Adam told me about you and David breaking up earlier that day and then I was completely confused. I didn’t know what to do because it scared me…getting what I wanted. Then at the club, I tried not to look at you and then I even debated a random hook up just to get all those thoughts out of my head.” Holly laughed under breath. “And then suddenly I was dragging you out of there and eating dinner and then all I could think about was not letting the evening end.” She lifted her eyes to look at me. “That’s how it always felt with you. I tried to go on with my normal stuff and then somehow I’d just end up wherever you were. Before now, I’ve never let myself think about what that meant. I’m sorry I’m such an idiot.”
“You’re not an idiot,” she said, giving me a sad smile. I let out a breath waiting for a more difficult question. I could feel it coming. “So…since that night we first kissed…you haven’t…you weren’t with anyone else?”
I had to pause and then I felt like a huge dick because she was holding her breath, waiting. My problems was that all the versions of Holly…all the relationships blended together and it felt I’d been with a bunch of girls, but it was all the same one. “No…no one else. Which might actually be a record for me.” I took a deep breath. “But I have to be honest and tell you I didn’t plan that. I didn’t get tempted and think about how you’d get pissed off. I just thought about you so much that there wasn’t room for anyone else. With everything Adam and I had going on…”
Her eyes had gotten all watery and she looked down at her hands again, a couple tears falling onto my fingers. “I can’t believe you…Jackson Meyer, the guy Brook told me would never make good boyfriend material.”
“She probably had good reason for saying that,” I admitted, swallowing the doubt forming in the back of my throat. “Hol, I’m sorry…there’s so much I love about being with you. So much. I could live on those memories alone for a hundred years and not get sick of them…not want anyone else. But I was too stupid to put that together in my head and form it into words that I could actually say to you. I know you must hate my version of a relationship–”
She shook her head immediately and leaned forward, kissing me on the mouth. “You’re way is better than mine. It’s the most real thing I’ve ever had…you are, anyway.”
And now I couldn’t do anything but kiss her, over and over saying, “I love you” between kisses. I wanted to do this forever, I wanted to wake up every morning for the rest of my life to the sound of Holly’s deep, sleepy breathes and feel her hair tickling my face, her head buried between my shoulder and my neck. And since I had just become aware of this, maybe I needed to find a way to put words to it. Something that said, “I’ll give you tomorrow…I’ll give you more than just today.”
“Does it scare you?” I asked her. “The fact that everything’s different now? We’ve ditched the carefree attitudes?”
“I’m not afraid of you.” She grinned and pressed her hands against my chest, forcing me roll onto my back. “And it wouldn’t have mattered what you told me today…even if you’ve hooked up with a dozen girls since kissing me that first time. Like you said, everything’s different now.”
I reached up and tucked her hair behind her ears, then rested my hands on her face. “Yes, it is.”

So, what did you think?