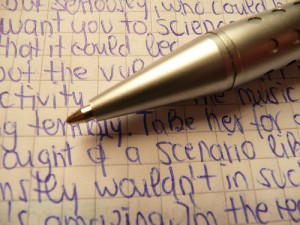 What is Queries on Demand?
Queries on demand is a special segment that provides me the opportunity to prove that I can make a teen/young adult story out of any title. So with queries on demand, I get a random title from an outside source and write a query for a Young Adult or New Adult novel. And I’m sticking to my genre because if I could write a query for any genre it wouldn’t make the task as challenging. There’s a genre out there for just about any title.
For those of you who are more readers than writers, a query is just like the description on the back or inside cover of a book. The 3-4 paragraphs that exist to hook you and get you to read the whole novel.
And just to set the record straight before it even goes crooked, I AM NOT ACTUALLY WRITING THIS BOOK. It does not exist in real life, only on my blog in this query.
Today’s Title is Inspired By?
I selected this title from the comment section of yesterday’s QOD post. Thank you to Miss Page Turner who so kindly suggested it because she couldn’t think any story that might evolve in the YA genre from this title. Well, I came up with one so here goes…
NEGLECTED DOG HOUSE by Julie Cross
Fifteen year old, Cassie Lincoln knows her older brother Patrick isn’t coming home again. Ever. Not that anyone is confirming this, not that her parents have told her their plans for Patrick, but the weeds growing upward and wrapping themselves around the empty doghouse in the back yard speaks the truth no one is willing to say.
It was only supposed to be a few weeks. Then the neighbors and the school officials would calm down and Patrick could come home again from the prison-like asylum doctors sentenced him too. Growing up with an autistic older brother hasn’t exactly been easy for Cassie. But three years ago when a specialist suggested pet-therapy to get Patrick to connect to the outside world, Cassie finally saw the person inside her brother for the first time. Their house may have become a zoo in the process of this experiment, but it was well worth the extra cleaning, feeding, scratching and chirping.
When some kids at school started goading Patrick, threatening to hurt his dog Sammy, who truly became Patrick’s connection to humans, Cassie warned the kids and her parents that he was on the verge of snapping—and rightfully so. After three of her and Patrick’s classmates end up in the hospital from Patrick’s angry outburst, Cassie isn’t surprised by the community’s fearful reaction. What she hadn’t anticipated was having not only her brother taken away, but also the animals that had occupied their home for nearly three years. Including Sammy. For Cassie’s entire life Patrick had been a full-time job for her parents and that dog had taken her from feeling like a neglected only child to having a real sibling and a family who took notice of her.
Cassie’s parents have devoted seventeen years to Patrick and they’re exhausted and ashamed of what they allowed to happen. She knows they’ve hit a breaking point but she’s determined to find a way to put her family back together again even if it means studying human and civil rights. Even if it means using the court systems and proving that Patrick isn’t dangerous. If there’s a way to fix everything, Cassie’s going to find it.
So what’s the verdict? Would you read NEGLECTED DOG HOUSE? I need another title suggestion asap! And make it a hard one.
Happy Thursday!
Julie
[/fusion_builder_column][/fusion_builder_row][/fusion_builder_container]
Julie2018-02-19T13:57:55+00:00