Goodreads Summary: Set over the course of one school year in 1986, ELEANOR AND PARK is the story of two star-crossed misfits – smart enough to know that first love almost never lasts, but brave and desperate enough to try. When Eleanor meets Park, you’ll remember your own first love – and just how hard it pulled you under.

My Thoughts: First off, I can’t believe I missed the release date! It was yesterday, February 26. I read this book way back in September so I’m including the gushing email that I sent to the author’s editor as my review. I saw the name in the back of the book and just had to send my thoughts asap. I felt so much upon finishing this story that I was just over-flowing with it and it had been a long time since a book had that effect on me and I missed it. I really missed that feeling. So, the email captures my just finished thoughts better than a formal review ever could.

Here’s the jist of what I wrote months ago…

Wow…I don’t even have words to describe how much I loved this book. I have to say, it’s my favorite book that I’ve read so far this year and I’ve read A LOT of good books. I’m totally nuts over the Fault In Our Stars by John Green and honestly, this one edged it out for my top favorite of 2012. Maybe one of my favorites ever. It’s one of those books that I’m going to be telling everyone that they have to read. I could have sent this very same email 60 pages in because I really didn’t care what happened in the rest of the book it was already amazing at that point. I know it probably seems like I read it fast, but I actually spread  it out over two days and that’s slow for me. 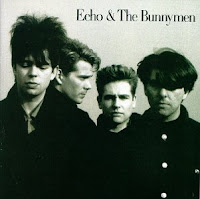 I read every word, no skimming, no sense of urgency to find out what happens next because I was so absorbed in the right now, too much to even think about the next chapter.

The characters were so deep…I loved Park’s mom and his dad…I even loved Tina, of all people. And of course Eleanor and Park. When I flipped the book over after getting it in the mail, I read, “Its 1986…” and I told my husband, “okay, I’m already sold.”

I had a similar reaction to reading the beginning of The Future Of Us by Jay Asher and Carolyn Mackler because I remembered so vividly getting those AOL disks in the mail and the sound of the dial up modem, but as I read that book, I couldn’t help wondering if today’s teens would be able to relate to that. But with Eleanor and Park, the year isn’t distracting. It’s probably just going to feel like a fictional world and it’s amazing the problems that we can solve in a plot now because of the existence of cell phones. But I was glad to not be distracted by the fact that everyone could call/text anyone anytime or find out answers by using google. I loved all the 80’s references but it was so much more than that.

I’m left with that feeling that I want to know what happened between them and what happened to Eleanor’s siblings, like I could keep reading them forever. I can relate to Eleanor in a lot of ways…I didn’t have an abusive stepfather or anything like that, but I was mostly raised by a single mom and I was the one in the middle. The one who stayed invisible and money was often tight and our phone would be disconnected for weeks at a time in middle school and I’d make up excuses when my friends would call and get that “this number has been temporarily disconnected” message and I’d tell them they must have been dialing wrong or that the phone company had to fix something. I also “forgot” my lunch money a lot.

I especially related to the scene where Eleanor is baby sitting her future stepbrother. I did a lot of babysitting when I was younger and I remember noticing other people’s houses and what it was like to have closets full of extra tooth brushes and various supplies and just thinking about how much easier it would be to live in that house where things made sense. I don’t think I was as strong as Eleanor. I would have lied to keep people from finding out the phone bill hadn’t been paid…even to the school counselor. Eleanor withheld a lot of herself to most people but she rarely lied. I loved that about her. But I know kids in my day would have slowly backed away from someone in that situation. That’s why I loved Park. He started out hesitant but eventually he just didn’t care about any of that. And he had a chance to see outside of his safety net of a home. I’m so excited just knowing that young people might take that away from this book.

Besides the beautiful and honest and raw theme of first love and what it can do to and for you, one of the most important aspects of the book for me, was the fact that even though 1986 wasn’t the stone age or anything, it was very different to be in Eleanor’s situation in that year than it would be today (And for Park too, being half-Asian). I know from the school system my kids are in, they have social workers on staff, if kids show up in dirty or worn clothes, they get them clothes and shoes and coats.
Schools now a days never let kids go without lunch. Or supplies. There was so much more shame in this in the 80’s and 90’s.

This is a book I want everyone to read and enjoy and what’s amazing is that it’s so deep and layered that each reader will come away with something different, something personal. Yes, it really is that good.

FAVORITE QUOTES
“It made sense that Tina was in Eleanor’s gym class–because gym was an extension of hell, and Tina was definitely a demon. A weird miniature demon.”
“If he were to look up at her now he’d know exactly how stupid she was. She could feel her face go soft and gummy. If Park were to look up at her now, he’d know everything.”
“Holding Eleanor’s hand was like holding a butterfly. Or a heartbeat. Like holding something complete and completely alive.”
“Eleanor could still feel Park holding her hand. Could still feel his thumb exploring her palm. She sat completely still because she didn’t have any other options. She tried to remember what kind of animal paralyzed their prey before they ate them…Maybe Park had paralyzed her with his ninja magic, his Vulcan handhold, and now he was going to eat her. That would be awesome.”
CONTEST!

So, today I have three ARCS of Eleanor & Park to giveaway and along with each copy of this book I send, I’ll also include a personalized, signed paperback of Tempest. So 3 winners and each winner gets 2 books!

Open Internationally!
Enter by tweeting/facebooking about the contest and commenting in the comment section either on the review, your personal “first love” story, or answer the question from the book’s summary: Can First love last? Or tell us your favorite 80’s band. Doing all of these things in separate comments will get you more entries! And more chances to win!