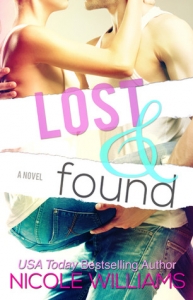 After numbing pain for the past five years with boys, alcohol, and all-around apathy, she finds herself on a Greyhound bus to nowhere Montana the summer after she graduates high school. Her mom agreed to front the bill to Rowen’s dream art school only if Rowen proves she can work hard and stay out of trouble at Willow Springs Ranch. Cooking breakfast at the crack of dawn for a couple dozen ranch hands and mucking out horse stalls are the last things in the world Rowen wants to spend her summer doing.

Until Jesse Walker saunters into her life wearing a pair of painted-on jeans, a cowboy hat, and a grin that makes something in her chest she’d thought was frozen go boom-boom. Jesse’s like no one else, and certainly nothing like her. He’s the bright and shiny to her dark and jaded.

Rowen knows there’s no happily-ever-after for the golden boy and the rebel girl—happily-right-now is a stretch—so she tries to forget and ignore the boy who makes her feel things she’s not sure she’s ready to feel. But the more she pushes him away, the closer he seems to get. The more she convinces herself she doesn’t care, the harder she falls.

When her dark secrets refuse to stay locked behind the walls she’s kept up for years, Rowen realizes it’s not just everyone else she needs to be honest with. It’s herself.

What a fabulous set up. What an amazing and interesting guy Jesse is. The ranch theme, the cowboys…omg. I’ve recently tweeted how I’ve grown tired of characters with low self esteem, which is very much Rowen in this novel. However, she does have a fire in her, she has passion, but also flaws. Yes, some of it was predictable but who cares? The characters were great and the world was so different and so much fun. The portrayal of loving accepting family versus the one Rowen knows from her own childhood…

my only issue came in the climactic scene where Jesse’s fallen down the side of the mountain during the storm in the middle of the night in order to save a lost baby calf, his bones are broken and he could die yet he doesn’t want to leave the baby cow to die. Which is really sweet. Seriously. BUT I kept thinking while reading that part…isn’t this a beef ranch? And if it is…

yeah, so that kind of confused me but whatever. With this type of story, I don’t fret over those details.